My Life, My Path - Stories from the Field

This post was originally created and distributed by Common Goal.

The first time I played a game of organised football, I wasn’t sure what to expect.

It was my first day with Kick4Life and there was a group of us, all new girls to the session. I remember feeling very nervous about even trying to touch the ball, not wanting to make a fool of myself. But then I calmed down and focused on just enjoying myself, running around and kicking the ball as hard as I could.

I don’t get to play football as much as I would like to, but the game has opened so many doors for me and I will always be thankful for that.

My name is Matselane Mokebisa. I am 24 years old and I am from Maseru, Lesotho.

In high school, I use to write compositions about my home. I used to say Lesotho, a small country, is a rare diamond inside of South Africa. We mine pieces of this diamond for the rest of the world to enjoy.

In Lesotho, higher education is very difficult to pay for. Few families have enough money to send their children to university or a good high school. So everyone follows a path. Men, mostly men, are the ones who get real jobs like working in the diamond mines. Women are expected to marry quickly and raise a family. As soon as they get married, women are viewed as assets to their husband or husband’s family.

My mother decided she wouldn’t follow that path. She came to Maseru to start working on her own. She did not want to be only defined as a housewife. So she decided to be independent. She divorced her husband, something that is frowned upon for women in Lesotho. She moved to the city of Maseru to raise my two brothers and me alone, which is also very unusual. She didn’t need or want a man’s support or money to help her live.

She knew she could do that on her own. She was very strong that way.

But it wasn’t easy — mainly because finances were a problem. Whenever she had money, she’d send me to a good school, which was expensive. When she didn’t have enough, I would have to change schools. I had to keep repeating classes, and it led me to get more and more confused and frustrated.

I knew my potential, but I was limited by my surroundings. So when I finished high school, my grades were not so good and I struggled to find a job. I was very upset.

During that time when I was unemployed, I was very scared for my future. I wanted to get a job in Maseru and go to university, but that proved very difficult. I tried to fight the path imposed by my society for young women. Like my mother, I refused to rely on a husband for money and food. I refused to push away my dreams and focus on raising children. I was not willing to give up on my dreams for anything.

And then one day my friend came to me and told me about Kick4Life. I had heard of the Kick4Life football club, but I thought it was just a football team, like any other. Truthfully, I was only convinced to go to the session because of the free lunch that was promised. But once I got to Kick4Life, it became clear how football as a sport could have an impact in people’s life.

The first session that I attended was a Women for Women’s Club meeting. We talked about disease prevention for HIV/AIDS and women’s social struggles. Most of these topics were not taught to us in high school and we never heard our parents speaking about them growing up. These issues were taught and discussed openly at Kick4Life.

Best of all, at this meeting, I met all these women who were so devoted to learning about how they could improve themselves and become an influential part of our community. Besides my mother, I didn’t know these kind of women existed in our communities. They all wanted to be agents of change. I left that meeting completely uplifted. Since then, I have fully embraced Kick4Life and participated in all it had to offer.

Fit4Work was one of the programmess that helped me a lot. After graduating from high school, the reality of the working world hits fast. In school, I was never really taught about the workspace, how to be professional, or how to impress an employer to get a job. These were some of the skills they taught to us in the program. At Fit4Work, we were given a chance to apply for positions with their partner restaurant, the №7 Restaurant. I think they were just putting what they had taught us to test. But I applied, and me and two other girls were able to get in!

The №7 Restaurant is my favorite part of Kick4Life. It is unusual and amazing because it gives unemployed members of the community work and all of the proceeds go back to Kick4Life programmes and projects.

For unemployed people, as I was, it provides a huge helping hand and a confidence boost. I also know I have a strong support system: I am part of the Kick4Life community and they will be there for me if I am ever struggling again.

Sometimes I think about how helpful this program would have been for my mother, at a time when she was raising her three children and needed support for her choices. How many other women are there like this out there right now? And what about their children? It makes me sad, but also determined to find a way to change that.

In the future, I want to become a flight attendant so that I can travel the world while continuing to develop my hospitality and communication skills. After gaining those skills, my plan is to return home and become a full-time coach with Kick4Life. I want to provide others with the same support that my mentors at Kick4Life gave to me. I have already begun some mentoring at the №7 Restaurant and I am really excited to continue to help the movement.

I often think back to that first game of football and what it did for me. I am so incredibly thankful that I found Kick4Life. For the skills I have learned and for the people I have met.

Everyone I meet is a special gem: from my mentors to my teammates to the customers I wait on, full of energy, brightening my days. I am so excited to help other girls find opportunities that make them happy too and help them to find their own paths. I hope to help make their paths a wide open shot to their goals.

My Life, My Path — Stories from the Field was originally published in Common Goal on Medium, where people are continuing the conversation by highlighting and responding to this story. 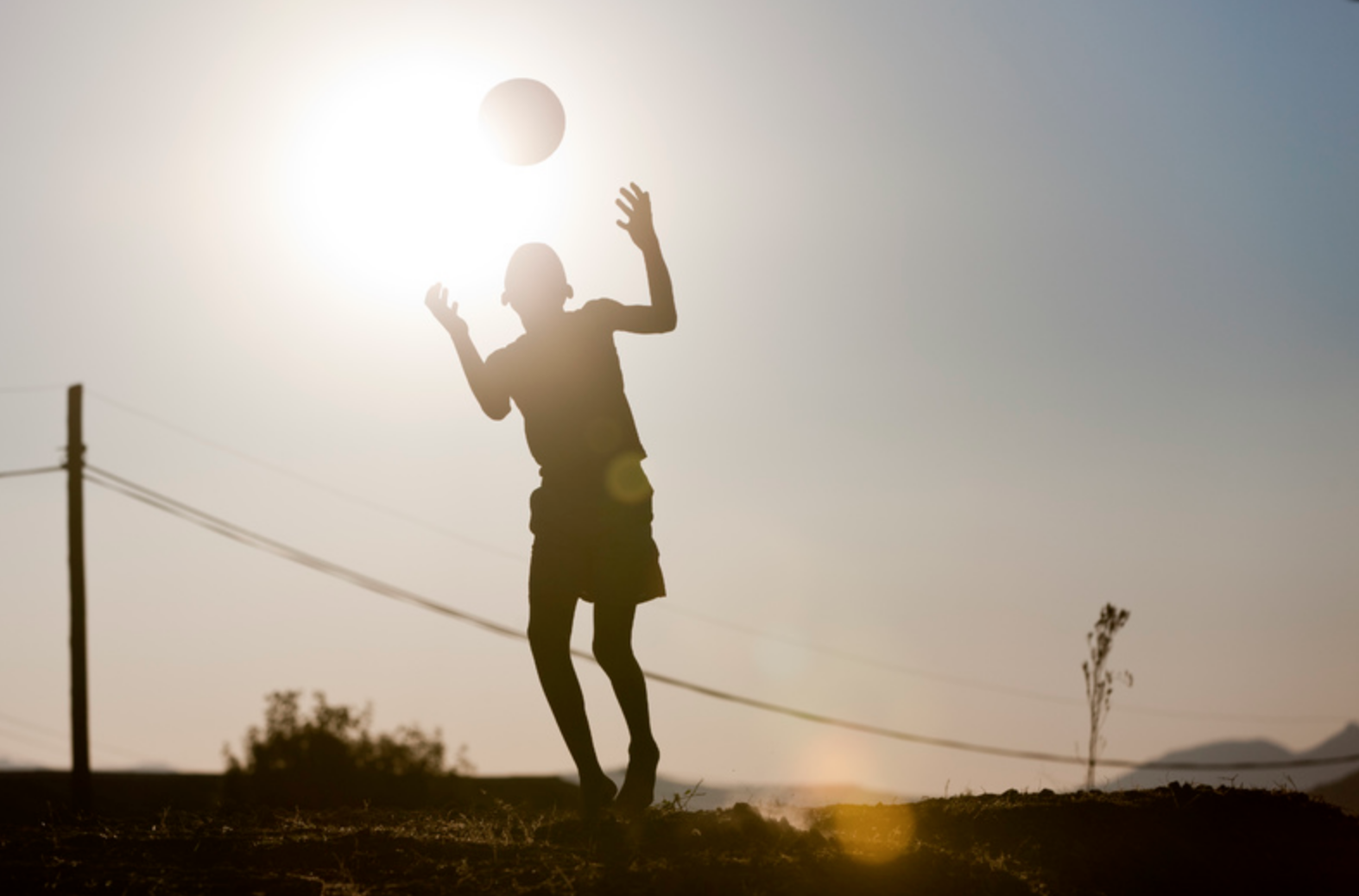 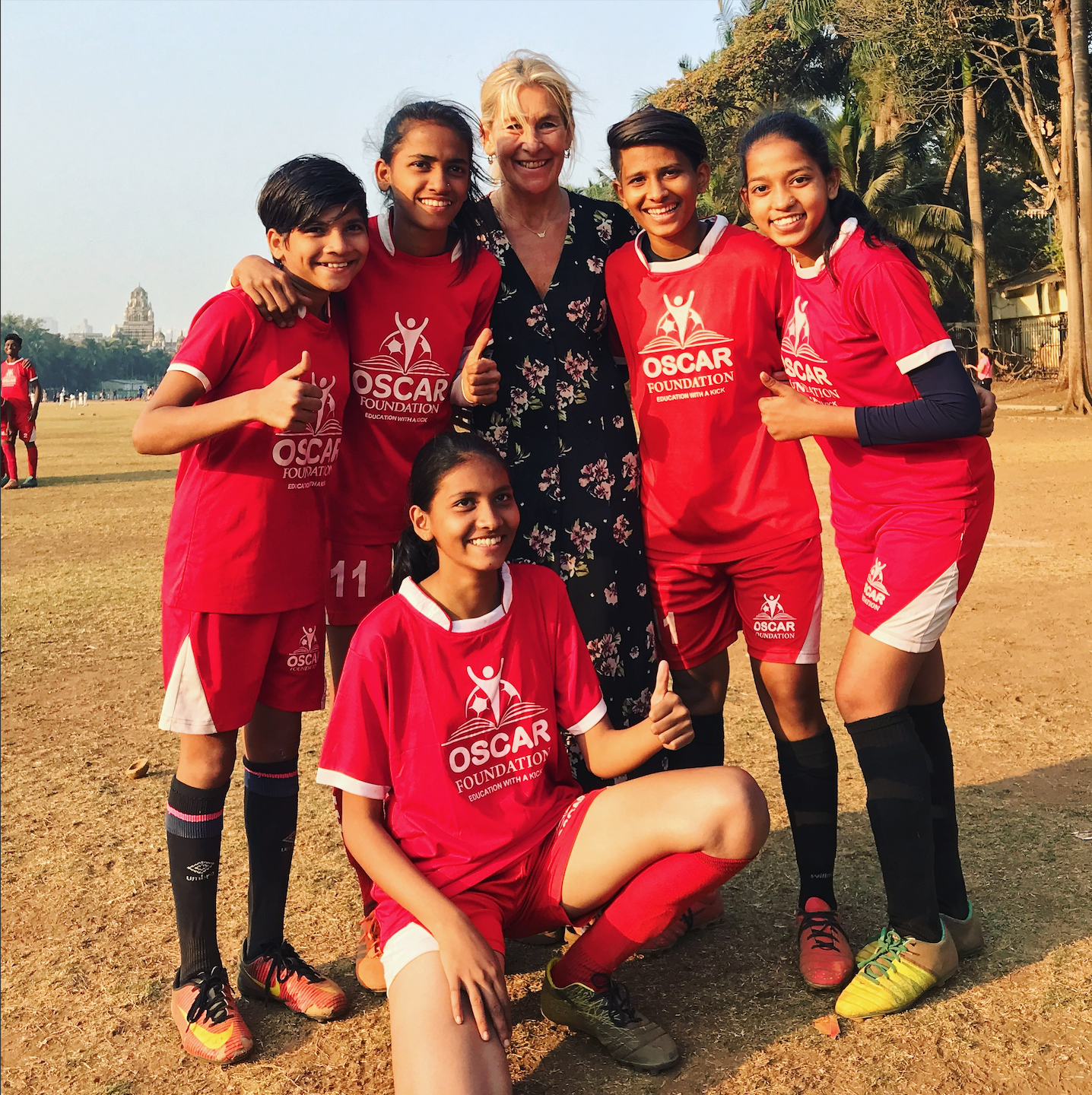 A Mother's Dream for Her Daughters

From a young age Jyoti dreamed about a life beyond what was the norm in her community, but due to circumstances that was not possible. Now Jyoti is giving her daughters the opportunities she yearned for herself by having them play soccer.